FEN has released a two page pamphlett to help members to encourage their faith groups to work to enhance and protect biodiversity.  Get the brochure here.

2020 vision – Having eyes to see how things really are

"Adults have often lost the ability to wonder in awe. The way that children look at the world as if
everything is new and worth examining is exactly how discoveries are made." Jo Harding, Manager Bush Blitz

Late in 2019, a FEN Steering Team got together in Sydney and, following the suggestion of ecologist
member Haydn Washington, decided on our 2020 focus of the WONDER OF BIODIVERSITY. Biodiversity is
the variety of all life forms on earth - the different plants, animals and micro-organisms and the
ecosystems of which we are a part. We humans, as part of the animal kingdom, are also diverse.
Our various faith traditions and the sciences do have something in common. We all share a sense of
WONDER at the natural world. The gift of learning from the sciences about the millions of Earth’s known
species has enhanced our ability to WONDER at the singularity, complexity, beauty and intricacy of all of
the web of life. Australia with its unique flora and fauna, especially is “one of seventeen countries
described as being 'megadiverse'. This group of countries has less than 10% of the global surface, but
support more than 70% of the biological diversity on earth.”

At the global level, United Nations Environment Programme Executive Director, Inger Andersen, kicked off
2020 as a “Super Year” of significant nature and biodiversity plans, decisions and actions, because, as she
explained, “we’re losing species at about an average 1000 times the natural extinction rate; ...about a
million are about to go extinct under the business as usual scenario. And at a time when global
temperatures have reached all-time highs and our planet seems to be on fire, nature is our biggest ally.”
At the local level, in February, the FEN Steering Team was well into plans for two key events. The first was
to be a Public Interfaith Prayer Vigil in Belmore Park in the heart of Sydney on May 28th to coincide with
the International Day for Biological Diversity and Aboriginal Reconciliation Week. The second was to be a
Public Forum on September 6th in the lead-up to the UN Conference on Biodiversity to have been held in
China in October.

What hasn’t changed is the need for Biodiversity protection, thus FEN’s need for seeking another way of
sharing our common concern for earth’s declining biodiversity and our commitment to its preservation.
The Steering Team is currently seeking advice from media personnel as to how to do this. If you have
ideas or would like to support us, please contact us at faithecology@gmail.com 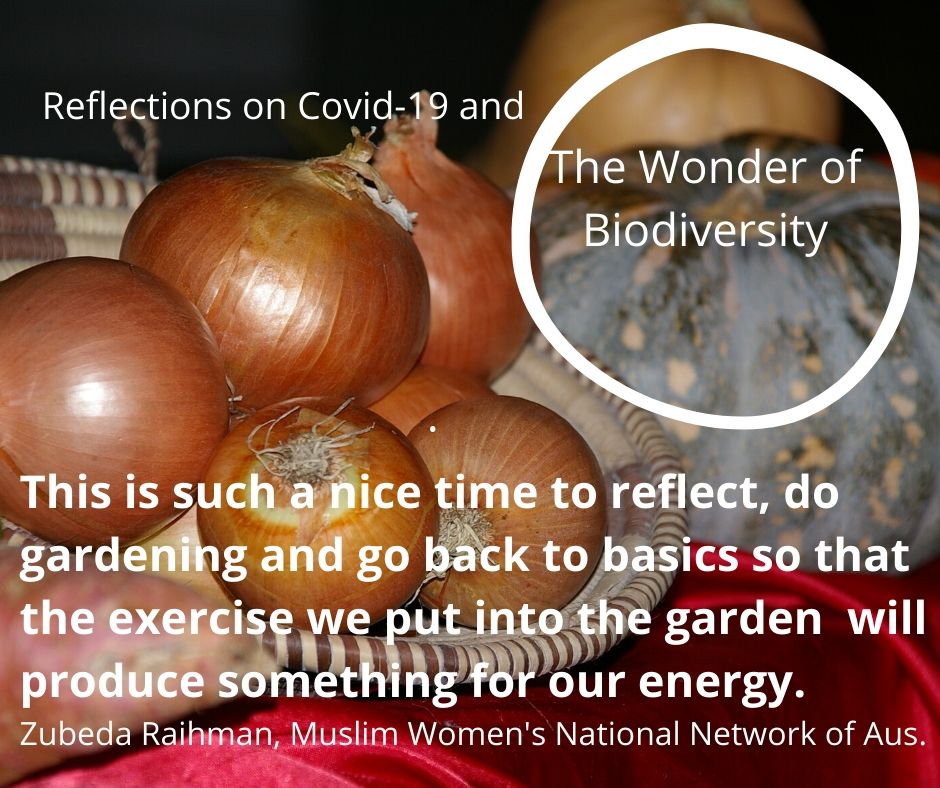 Fostering Dialogue Between Science and Religion