Fostering Dialogue Between Science and Religion

The Sisters of the Good Samaritan have entered into an auspice agreement with the Faith Ecology Network (FEN), a sponsorship that will support the continued mission of strengthening interfaith dialogue between science and religion.

In a time where many consider science and religion to be on opposite ends of the spectrum, FEN offers a forum for the two disciplines to learn from the other and engage in respectful dialogue.

The Faith Ecology Network started in 2003, when the Columban Centre for Peace Ecology and Justice – part of the Columban Mission Institute – organised an event, themed around ‘wonder’ and the ‘will to care’. A number of faith traditions attended and engaged in the inaugural seminar and since this time, FEN’s vision of multiple faith traditions sharing their insights in response to scientific dialogue has continued.

The Columban Mission Institute identified a need for a more formal structure to the network and engaged with Anne Lanyon to take on the assignment of Coordinator of the Faith Ecology Network, a role she proudly continues to carry out today.

“The model that FEN has always used when getting people together is to have scientific input,” says Anne.

“Each of our events has followed the model of an ecological scientist introducing a topic, in a respectful and professional way, followed by a period of response from different faith perspectives – including indigenous perspectives.”

“It is very much about bringing them all together and learning from each other.”

Following the closure of the Columban Mission Institute, in 2017, a small group of FEN members – the Core Companioning Group – continued the mission of the network and went in search of a new sponsor, one that would share the same values and vision of supporting interfaith dialogue.

After a brief period of support by the Australian Catholic University, Anne connected with Good Samaritan Sister Catherine McCahill to discuss the possibility of the Sisters of the Good Samaritan auspicing the network.

Catherine has always held an interest in interreligious dialogue and joined FEN in 2013, after attending one of their public events.

“I really liked what I experienced,” says Catherine. “It’s broader than Christianity and I think sometimes we get caught in a one world view, that comes out of our tradition and we need to expand it – for all traditions.”

The sponsorship provides FEN with insurance coverage for events, assistance with finance and banking, where donations are collected, and human resources, should FEN wish to employ anyone on a part-time or casual basis.

Anne highlights how important the auspicing has been to the network, helping them hold their focus on connecting, learning and creating dialogue.

“We don’t have the capacity to become an incorporated body,” says Anne. “We are a network, focused on the good of all of God’s creation and this sponsorship has allowed us to maintain that focus.”

Catherine says the partnership has been a natural fit for the Good Samaritans, with it being a faith based organisation that encourages open interfaith dialogue around one of the Good Samaritan’s key focus areas – ecological conversion.

“I think real dialogue between religions happens around projects and something that has some central meaning for them,” says Catherine. “This is one project where we have passion, it extends beyond dialogue.”

FEN and congregation share the same concerns on climate change and human impact on the planet, and believe ‘in the importance of people of faith speaking publicly to influence public environmental opinion’.

My personal view is, saying it simply, I think the Earth is a prophet now,” says Anne. “The Earth is speaking to us and we must listen, but do we even know how to listen? We need to start that learning now.”

In 2020, the Faith Ecology Network will be hosting two public events to coincide with World Environment Day, an Interfaith Prayer Vigil in a public place in Sydney and a Public Interfaith Participatory Forum, featuring two expert ecology and scientific speakers with responses from faith traditions.

They are calling out to current members, and those people interested in joining the network, to assist and participate in these events.

For more information, or to join the Faith Ecology Network, visit https://www.faithecology.net.au or email [email protected]. 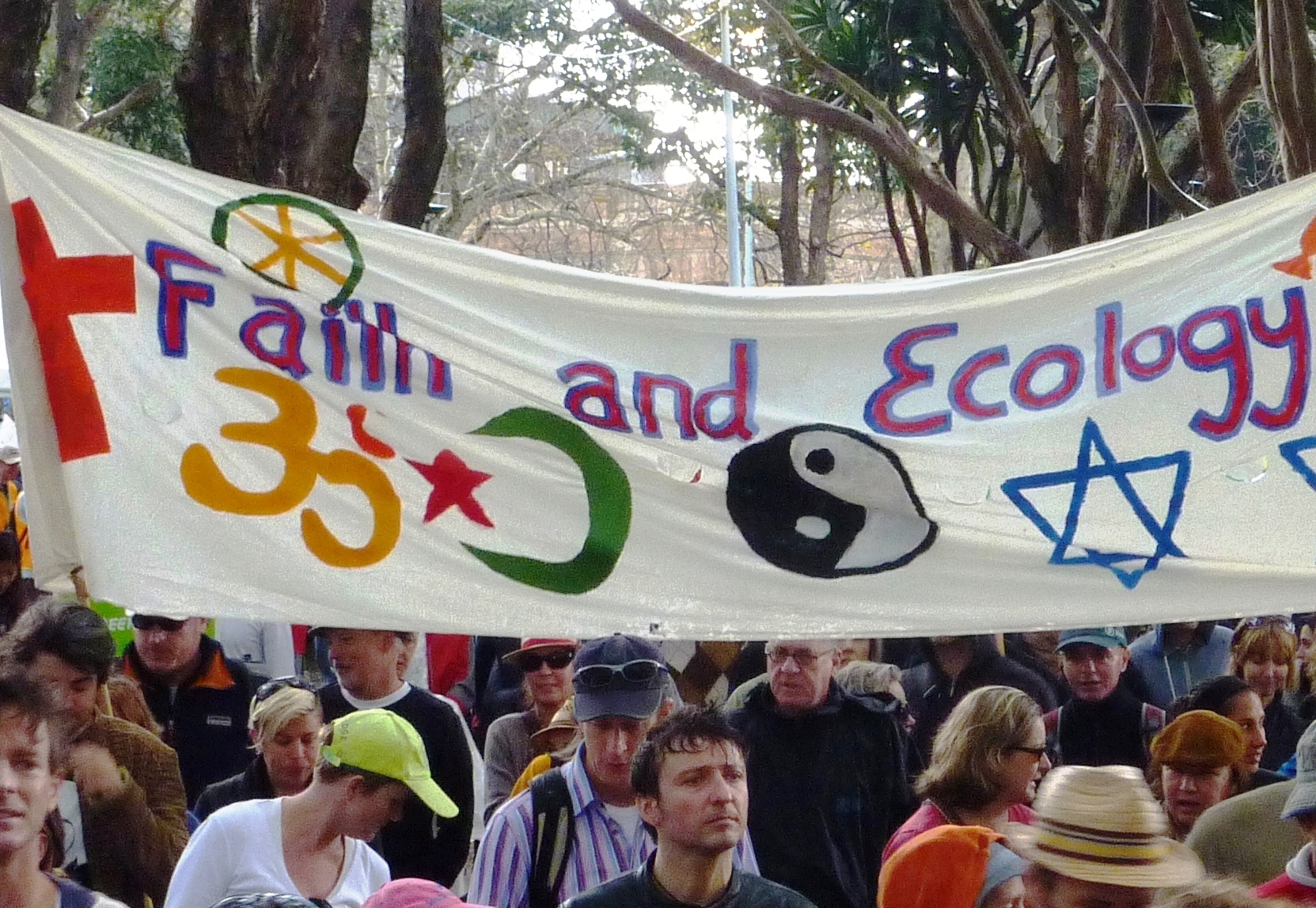 Article originally printed in the August edition of The Good Oil - an e-magazine of the Sisters of the Good Samaritan.