Subscribe and view past issues of the FEN eNewsletter

New here? Subscribe to FEN (if you are already subscribed, just enter your email and submit, then you will be asked to update your details)

2020 vision – having eyes to see how things really are.

"Adults have often lost the ability to wonder in awe. The way that children look at the world as if everything is new and worth examining is exactly how discoveries are made." Jo Harding, Manager Bush Blitz 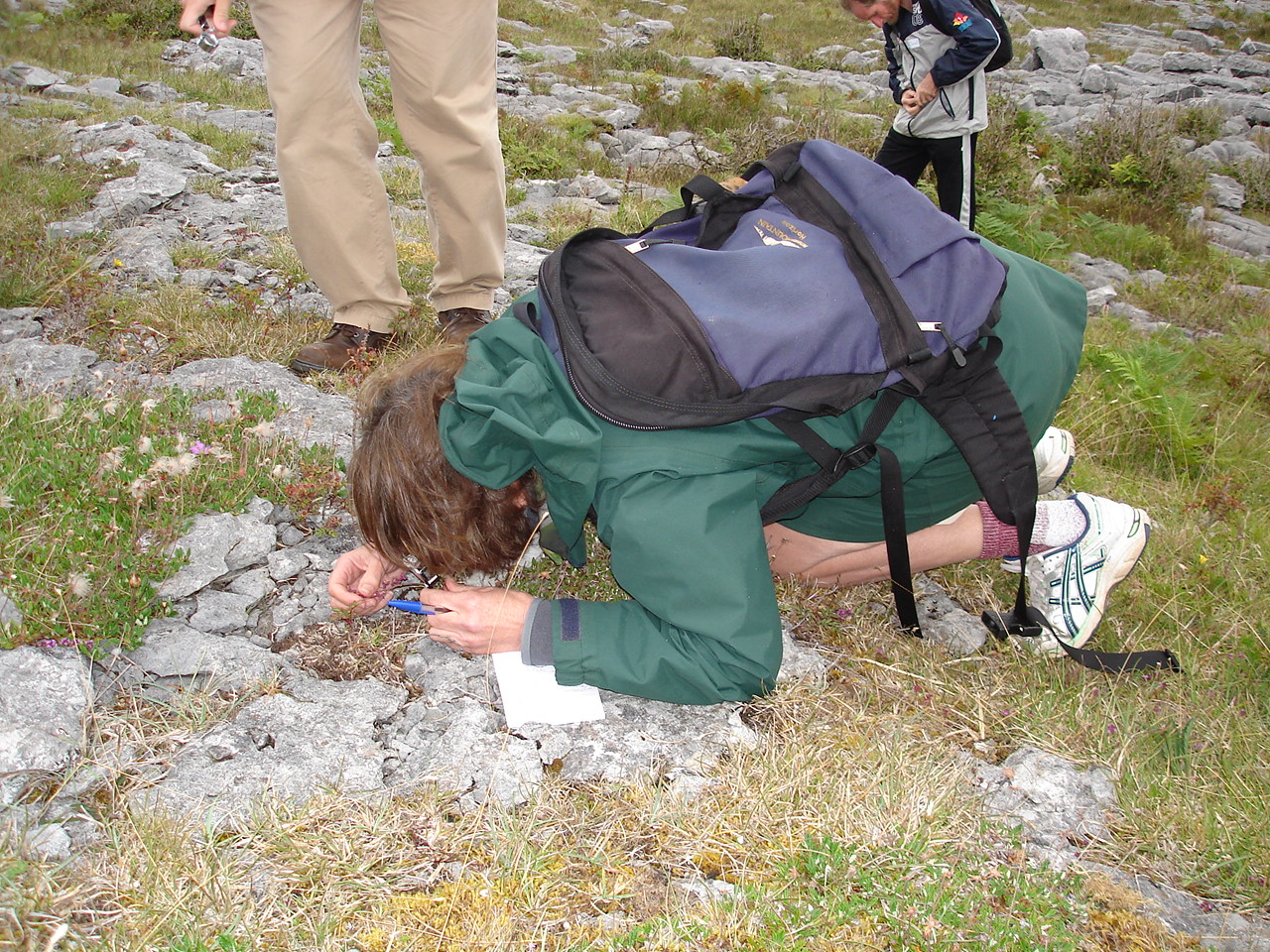 Late in 2019, a FEN Steering Team got together in Sydney and, following the suggestion of ecologist member Haydn Washington, decided on our 2020 focus of the WONDER OF BIODIVERSITY.  Biodiversity is the variety of all life forms on earth - the different plants, animals and micro-organisms and the ecosystems of which we are a part. We humans, as part of the animal kingdom, are also diverse.

Our various faith traditions and the sciences do have something in common. We all share a sense of WONDER at the natural world. The gift of learning from the sciences about the millions of Earth’s known species has enhanced our ability to WONDER at the singularity, complexity, beauty and intricacy of all of the web of life. Australia with its unique flora and fauna, especially is “one of seventeen countries described as being 'megadiverse'. This group of countries has less than 10% of the global surface, but support more than 70% of the biological diversity on earth.”

At the global level, United Nations Environment Programme Executive Director, Inger Andersen, kicked off 2020 as a “Super Year” of significant nature and biodiversity plans, decisions and actions, because, as she explained, “we’re losing species at about an average 1000 times the natural extinction rate; ...about a million are about to go extinct under the business as usual scenario. And at a time when global temperatures have reached all-time highs and our planet seems to be on fire, nature is our biggest ally.”

At the local level, in February, the FEN Steering Team was well into plans for two key events. The first was to be a Public Interfaith Prayer Vigil in Belmore Park in the heart of Sydney on May 28th to coincide with the International Day for Biological Diversity and Aboriginal Reconciliation Week.  The second was to be a Public Forum on September 6th in the lead-up to the UN Conference on Biodiversity to have been held in China in October.

What hasn’t changed is the need for Biodiversity protection, thus FEN’s need for seeking another way of sharing our common concern for earth’s declining biodiversity and our commitment to its preservation. The Steering Team is currently seeking advice from media personnel as to how to do this. If you have ideas or would like to support us, please contact us at faithecology@gmail.com

During the COVID-19 Restrictions, a practical way of growing in Wonder about Biodiversity in your own backyard, local park or place of worship is to join BushBlitz. It is claimed to be Australia’s largest nature discovery project where you can learn about the biodiversity in your own place and maybe even discover something new which you can record on the Living Atlas of Australia.

The Ecological Citizen is a peer-reviewed online journal that is striving to address the central issue of our time: how to halt and reverse our current ecocidal course and create an ecological civilization. Creating a harmonious, respectful and mutually flourishing relationship with the ecosphere is the basis of such a civilization. This involves preserving and restoring biological richness, ecological complexity and evolutionary potential – as well as the beauty, mystery and integrity of Earth. www.ecologicalcitizen.net/

Australia’s Strategy for Nature and supporting website, Australia’s Nature Hub. This is the Government Strategy to work together to address biodiversity decline and provide enhanced opportunity for collaboration and partnership across governments and sectors. As Australia is a Party to the Convention on Biological Diversity (CBD), the national biodiversity strategy and action plan is Australia’s national plan to implement the Convention’s Strategic Plan and Aichi Targets. Australia became a party to the CBD in 1993 and has had a national biodiversity strategy and action plan in place since 1996.

The Forum on Religion and Ecology is an international multireligious project contributing to a new academic field and an engaged moral force of religious environmentalism. Its Monthly Newsletter offers a broad range of resources.  https://fore.yale.edu/

New Books on Ecology and Ritual:

Living Landscapes: Explores the role of meditation on the five elements in the practice of Yoga. Christopher Chapple looks at the world of ritual as enacted in three faiths of India.

Sparks of the Universe: Jennifer Callanan, inspired by Pope Francis’ encyclical, Laudato Si’, On Care for our Common Home, has written this book of rituals for educators, students and all those committed to awakening ecological awareness. https://coventrypress.com.au/sparks-of-the-universe.

Sparks of the Cosmos: A book of 80 rituals divided into four parts representing the four pathways of Creation Centered Spirituality, by Margie Abbott rsm. Each part has its own introduction, theological reflection and 20 rituals with original poetry introducing each section. www.mediacomeducation.org.au/shop/sparks-of-the-cosmos/ Connections between COVID-19 and the Wonder of Biodiversity – We have posted memes of personal reflections by some FEN members on the FEN Facebook Page. 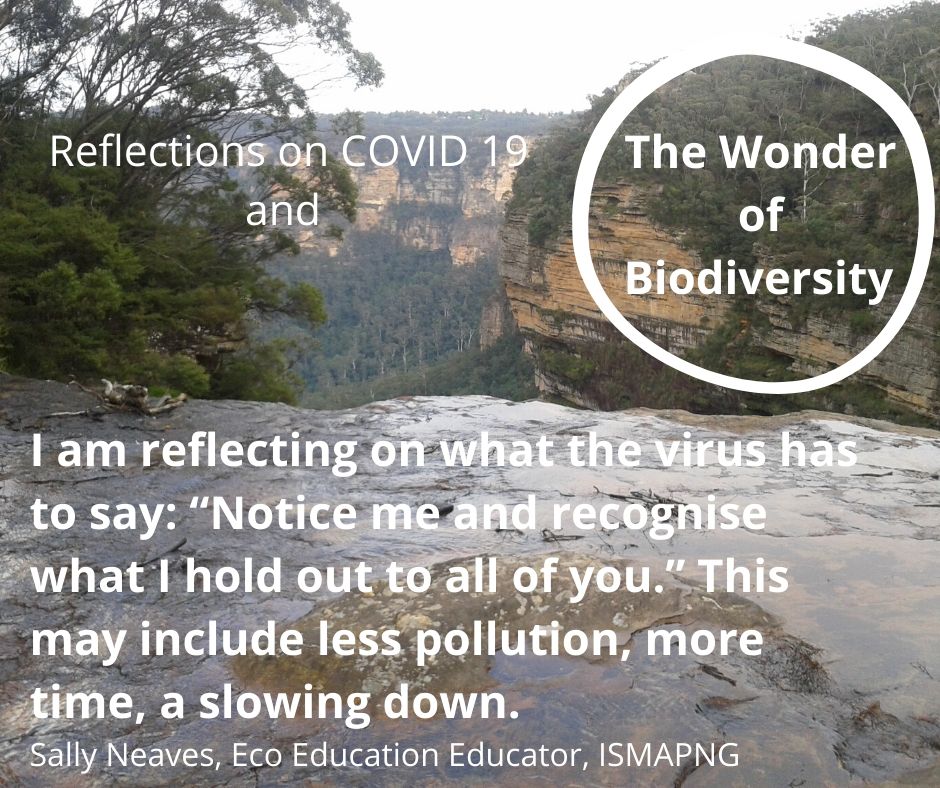 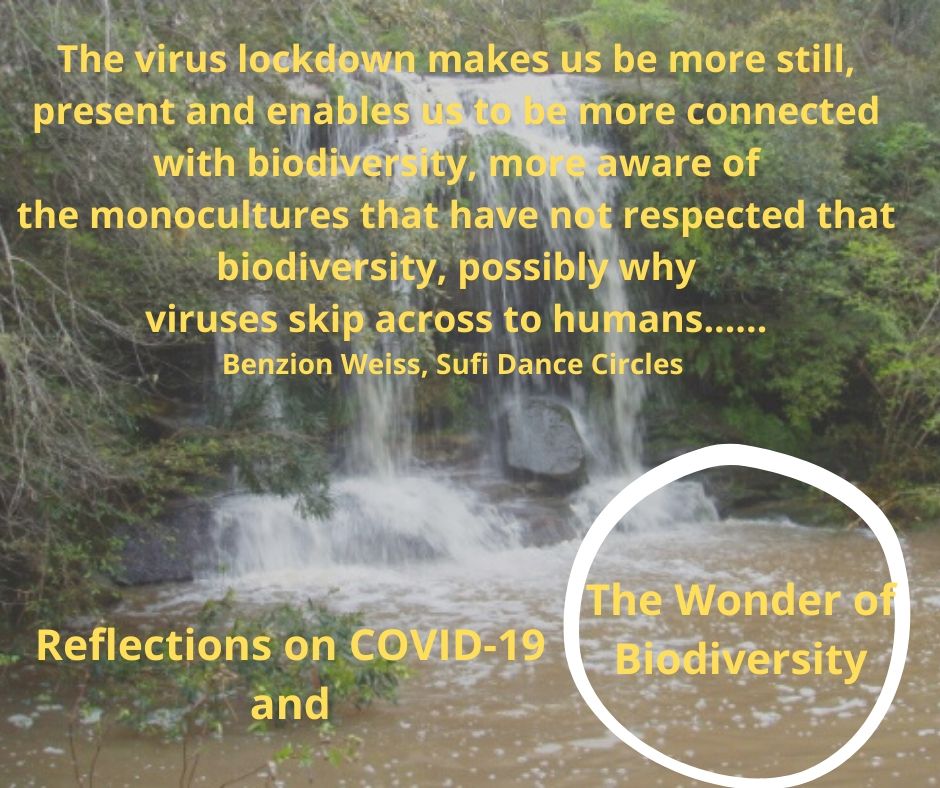 FEN Auspicing body, the Sisters of Good Samaritan, run the Wivenhoe Environment and Conservation Project. The project’s purpose is to restore, nurture and promote the biodiversity of the Cumberland Plain Woodland and preserve the heritage of the Mater Dei Site at Camden NSW. Due to the COVID-19 pandemic, the Landcare Group has had to put a hold on their volunteer work at the site.  www.facebook.com/wivenhoeconservation.org.au/

The Rahamim Ecology Centre run by the Sisters of Mercy at Bathurst has sadly closed. A FEN group held a reflection weekend at Rahamim when FEN was in transition after the closure of the Columban Mission Institute’s Centre for Peace, Ecology and Justice. So we know what a loss to Faith and Ecology education this is.  The Rahamim staff thank their many supporters in their wide community who have been part of the Rahamim story for helping to make the Rahamim mission and vision a reality over the past 14 years. Fortunately, the Mercy work in Earth literacy, education, spirituality and advocacy is to be continued! Please contact the former Eco-Education Coordinator, Sally Neaves, who will be continuing her work with the Sisters of Mercy of Australia and Papua New Guinea. In her new role, Sally’s email address will be sally.neaves@ismapng.org.au.

Australian Religious Response to Climate Change is holding a Multifaith Online Service for the Climate Strike, May 15th Let's make sure we support it as people of faith. The best way we can do this is to ask a few others in our own faith communities to get involved. The single most effective thing you can do is to sign up and ask other people from your faith community to participate in a multi faith nationwide service supporting the strike. Please register your interest and involvement at www.arrcc.org.au/multi_faith_online_service_for_the_climate_strike

The escalating impacts of climate change are being felt around the Asia Pacific region. As Australian communities recover and rebuild from a summer of horrific bush fires, other communities are coping with sea level rise, flooding, forced transition of cities and communities to safe zones, increasing environmental deterioration and biodiversity loss. With the outbreak of COVID-19, environmental protection efforts have changed in many parts of the world and there is much to learn from and share with our each other.

The Multifaith Association of South Australia held an Interfaith Prayer Vigil for Healing the Earth to celebrate the 50th anniversary of EarthDay with Kaurna Elder Uncle Frank Wanganeen and nine faith representatives sharing a healing ceremony for people and planet on the Karrawirra Parri (Torrens) riverbank. There was a double blessing of fine weather and the fact that the event was recorded by Community TV Channel 44 and live-streamed so it can be shared. www.youtube.com/watch?v=AfkAi5FqYWs; www.facebook.com/themfasa/videos/241109323937833/