The 22nd May is recognised as the United Nations International Day for Biological Diversity and was chosen as a significant day for the Faith Ecology Network to meet together in prayer and reflection on damage to Earth’s systems, the extinction of species and the need for change.
Gathering at the Sydney Town Hall as a display of public witness, representatives from nine different Faith communities committed to their Faith traditions and to caring for the earth. At 4.30pm, this space was busy with commuters and passer-by’s with many stopping to listen and absorb the peaceful and contemplative atmosphere that was created. 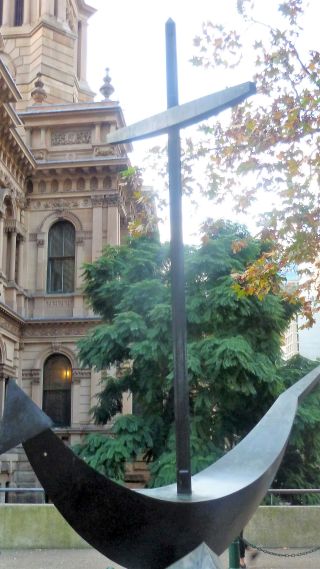 The vigil was opened by Anne Lanyon acknowledging Country and paying respect to the traditional custodians of the land, with Ecopella, an environmental choir that sings about the beauty of our world and the struggle to protect it from exploitation and degradation, following this in song. We were grateful to have Kate Smolski, Chief Executive Officer, Nature Conservation Council introduce each Pray-er and add her insight and expertise especially regarding current proposed changes to NSW land clearing law. 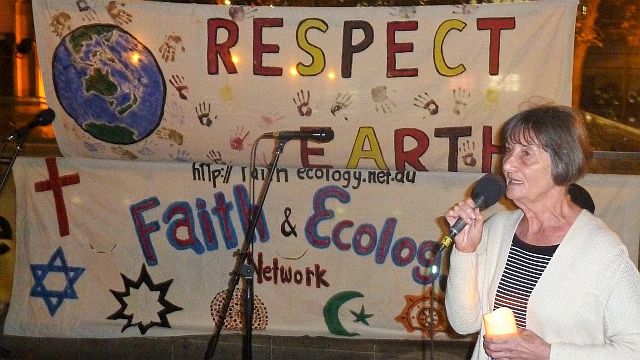 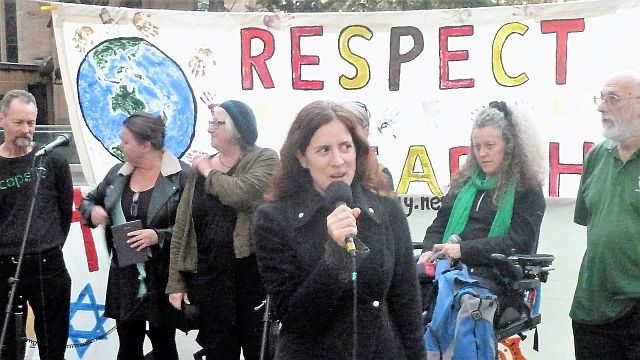 The first prayer was led by Byron Smith, Assistant Minister at St George's Anglican Church, Paddington, who prayed for help in learning to live more simply and consuming less, a valuable lesson for us all. He was followed by Pandit Rami and Pandit Rama, Hindu priests and members of the Australian Council of Hindu Clergy, who prayed together for respect and blessing of bio-diversity. Representing the Muslim Faith, Zubeda Raihman from the Women’s Interfaith Network, prayed in Arabic and English for Thanksgiving for Earth’s gifts; while Jessica Morthorpe, from Uniting Earth Ministry, prayed for courage for leadership in decision making. We were also blessed to have Gillian Coote, and her friends from the Zen Buddhist community contribute a chant for joy about the wonders of earth’s systems. The fantastic diversity of Faith continued with Debbie Hannan, from the Brahma Kumari Environment Wing, praying for healing while members of this community handed out blessings to those present and passers-by. Fr Noel Connelly, Catholic priest from the Columban Mission Society, prayed for lament and forgiveness for arrogant exploitation and wrong done to future generations. Honoured to take part on behalf of the Jewish community and share the wisdom and prayer compiled by Rabbi Nicole Roberts, David Low from North Shore Temple Emanuel prayed for lament, hope and thanksgiving. Last, but by no means least, Awa Momtazian from the Baha'i community, shared an understanding of her Faith belief and a prayer for unity and oneness. 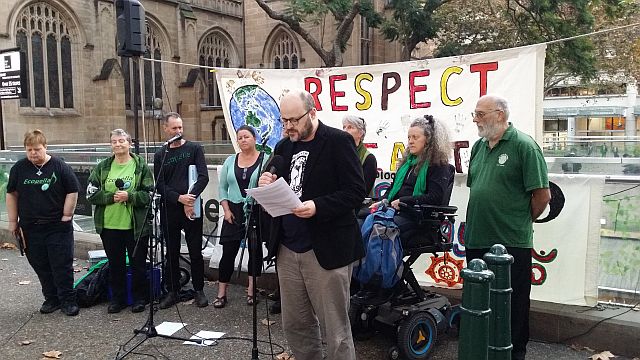 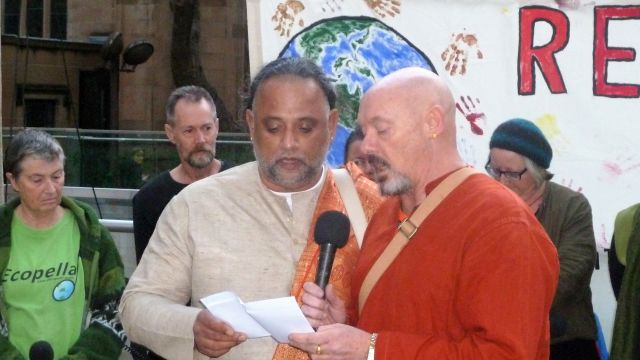 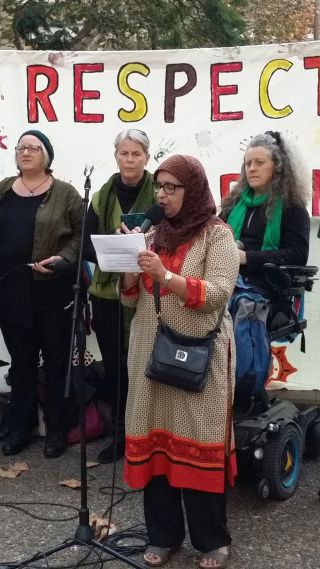 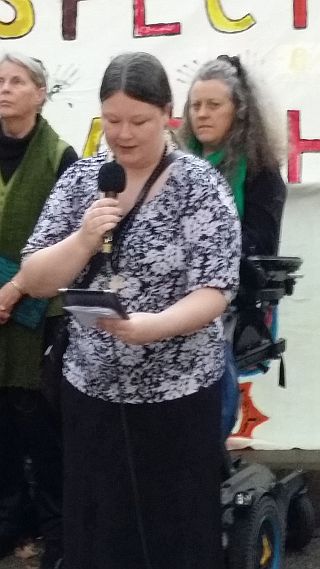 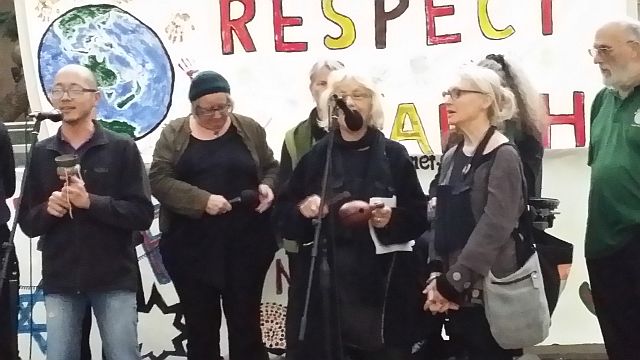 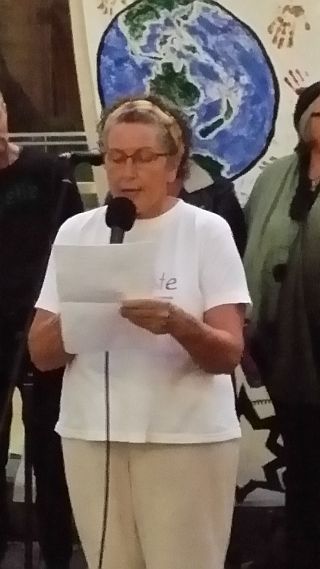 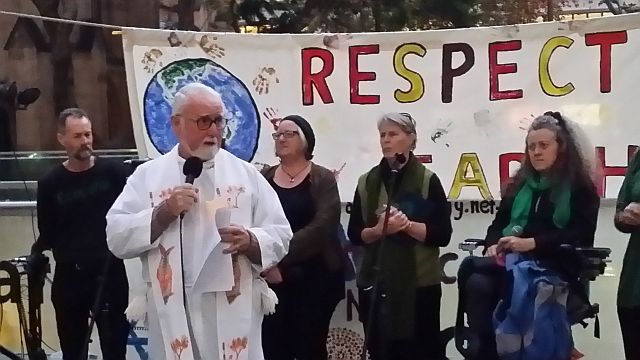 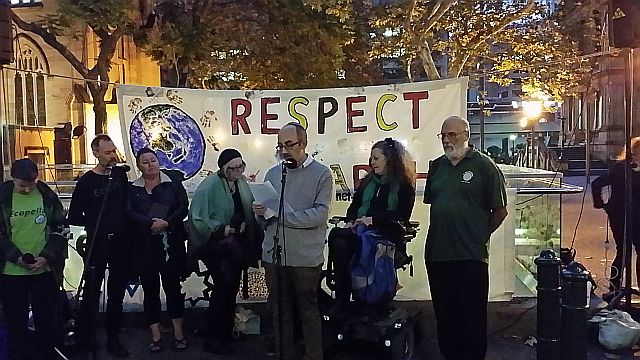 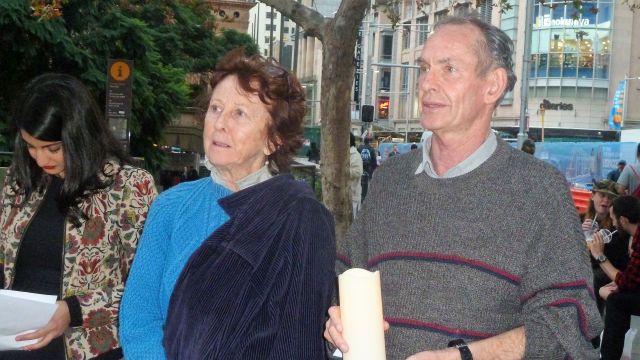 Interspersed throughout the prayers, the Ecopella choir sang a beautiful chorus of “let there be peace” before concluding with a wonderful song called “Universe’s Daughter”. Their voices and music added much richness to the evening and highlighted the common ground we share. 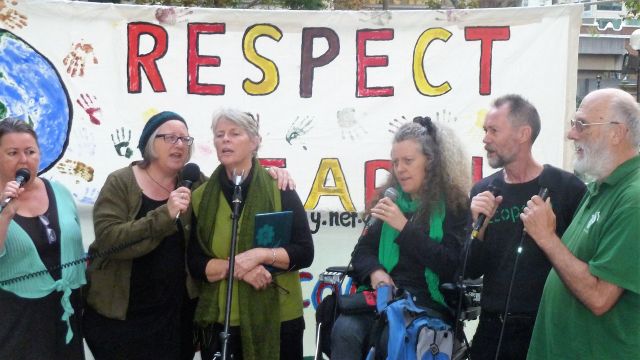 Thank you to all who were able to be present and helped to create a beautiful moment of shared cause and inspiration.

Long the years and vast the time
Day to night to day returning
Slowly, slowly life arrives
So begins the planet's birthing
Flowers, creatures, birds and trees
Rich variety delights her
In the space beyond the stars
Can there be another like her?
Words from Universe’s Daughter (Faye White, 1989, Ecopella)