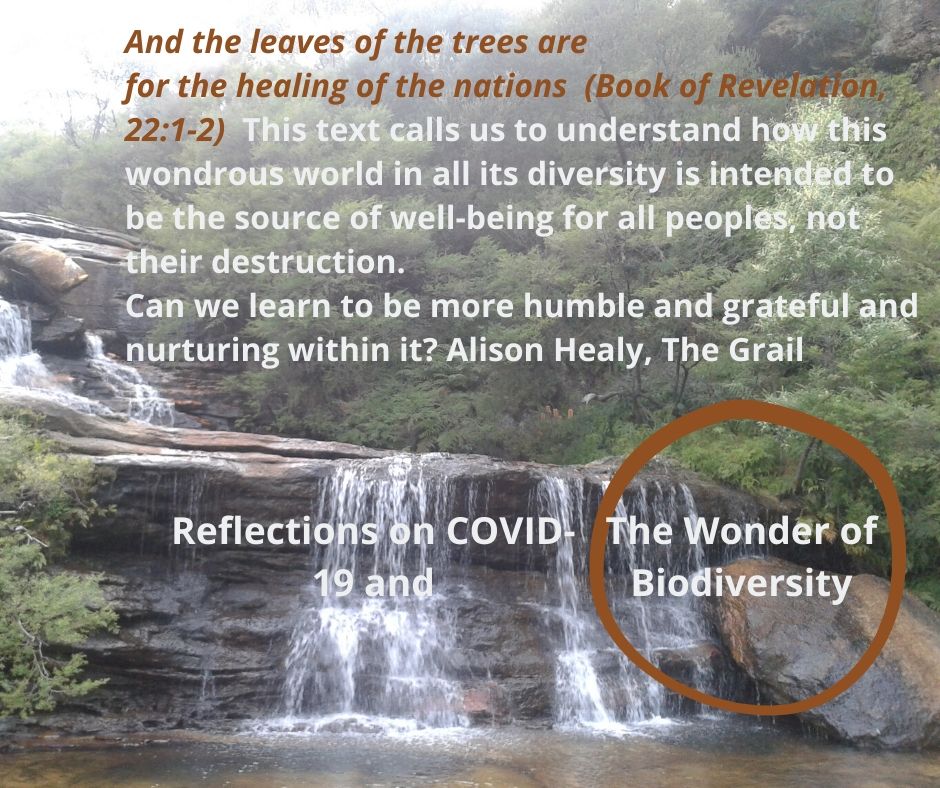 Earth is our Common Home. We humans share it with all the other life on our planet. Earth is speaking to us about how we are inhabiting our Common Home. Are we listening? Do we know how to?

2020 is a time when we have been forced to listen. In Australia with drought, bushfires, floods, rising temperatures, climate change, deforestation, water shortages, biodiversity loss, increasing marine pollution and now the COVID 19 pandemic, she is waking us up to the realisation that we are interconnected and interdependent. Nature may be able to do without we humans, but we certainly can’t do without Mother Nature.

Twelve years ago, at a 2008 series of seminars on Earth our Common Home, the Faith Ecology Network (FEN) as a coalition of believers from nine different faith traditions, affirmed that the Earth is sacred and that we are in solidarity with all people concerned for the Earth. We stated: “We recognise that we have failed to care for the Earth in words, attitudes or actions, that our attitudes must change, and it is now time for action. We said: we must create hope founded on guiding principles. To help bring us back to our senses, we need reinvigorated, focused and strong leadership from our all faith communities.”

Further, we stated: As people of faith, we do not simply despair about the state of the Earth.

This year FEN is focussed on the Wonder of Biodiversity in solidarity with the United Nations Environment Program. As with the UN which has had to postpone its Conference on Biodiversity to have been held in China in October, FEN has had to postpone a Public Prayer Vigil plus a Public Forum. We all share a sense of WONDER at the natural world. The gift of learning from the sciences about the millions of Earth’s known species has enhanced our ability to WONDER at the singularity, complexity, beauty and intricacy of all of the web of life. Australia with its unique flora and fauna, especially is “one of seventeen countries described as being 'megadiverse'. This group of countries has less than 10% of the global surface, but supports more than 70% of the biological diversity on earth.”

Therefore, we urge those from the many different faith traditions connected with FEN to spend time learning to listen to Mother Nature, to change our attitudes and to take time for action.

A practical way of growing in Wonder about Biodiversity in your own backyard, local park or place of worship is to join BushBlitz. It is claimed to be Australia’s largest nature discovery project where you can learn about the biodiversity in your own place and maybe even discover something new which you can record on the Living Atlas of Australia.