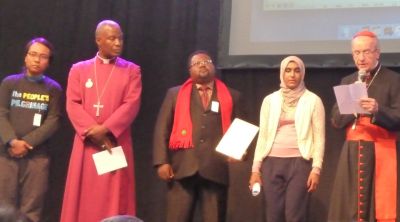 On 18th April 2016, an interfaith statement calling for urgent action on climate change will be presented to the President of the UN General Assembly in New York. FEN welcomes this call for action, and we encourage members of the public to sign the statement here.

According to their website, the six key points of the statement are:

We support policies at all levels of government, business and non-government groups that show leadership in addressing accelerated Climate Change for present and future generations.

Read the full FEN Statement on Climate Change by a Coalition of Believers here.