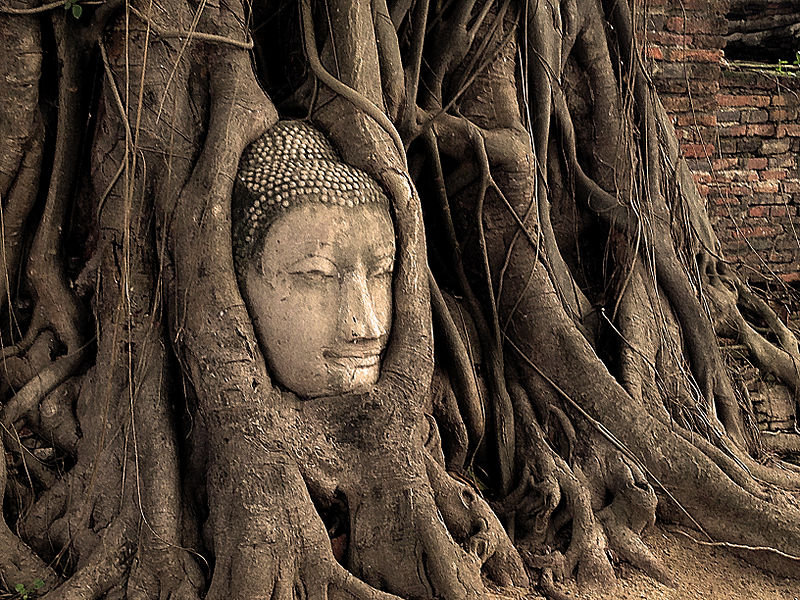 Buddhism has its roots in the teachings of Shakyamuni Gotama, also known as the Buddha, in north India in the fifth and sixth centuries BCE. In NSW there are more than 200,000 Buddhists, with a wide variety of language and cultural backgrounds.

There are many schools of Buddhism, but they have much in common. The Buddha did not proclaim a religion but taught a way of understanding the world and our place in it. His teaching emphasised that we are interdependent: we are not disconnected individuals but indissolubly linked to the people, creatures and world around us in the web of life that we call ‘nature’. Our sense of individual self-hood is based on a misconception of our nature, leading to self-defeating greed and conflict. We are literally a part of our family, community, nation and ultimately the whole living world, and our interest lies in the wellbeing of all. There is therefore a strong emphasis on ahimsa – harmlessness.

What Buddhism says about Ecology.

The Buddha did not teach directly about ecology, but Buddhism provides a basis for deep ecological thinking. One part of this is the idea that the welfare of all beings matters: indeed, traditional Buddhist teaching says that when we die we are reborn in a form of life that reflects how well we lived, and a Tibetan saying has it that any creature that we encounter may be one of our ancestors reborn, and we should treat them with loving kindness. Buddhists who do not believe in rebirth or understand it metaphorically recognise that all beings wish to be happy and to avoid suffering, and that all have the same right to this.

Buddhism also emphasises the interconnection between humans and other living creatures as part of a web of life. We do not own nature, control it, have stewardship over it or live within it: we are a part of nature, and this is the basis of our existence. In this world view, it makes no sense to separate ourselves off from the rest of the natural world and treat it as an ‘input’, or a ‘provider of services’, or something that can be traded. Here Buddhism is very close to modern ecological thinking. The closest thing to the common Christian idea of Original Sin, is our sense that we are separate, self-sufficient beings who can deal with ‘others’ as we wish without harming ourselves.

As the Thai monk, Buddhadasa, said, “The entire cosmos is a co-operative. The sun, the moon, and the stars live together as a co-operative. The same is true for humans and animals, trees, and the earth. When we realize that the world is a mutual, interdependent, co-operative enterprise… then we can build a noble environment. If our lives are not based on this truth, then we shall perish.” Harming the environment can therefore be said to be harming oneself.

Three cardinal Buddhist virtues are living with care, avoiding harm and acting skilfully. In ecological terms these relate to respecting all creatures and the systems we share, being thoughtful about our impact on them and understanding the complex ways in which we co-exist.

The Buddhist Council of NSW is a peak body for Buddhism in NSW. It can be contacted at [email protected], or buddhistcouncil.org

Image from Tommy Tang, on Wikipedia under Creative Commons