Is a healthy earth compatible with endless growth? 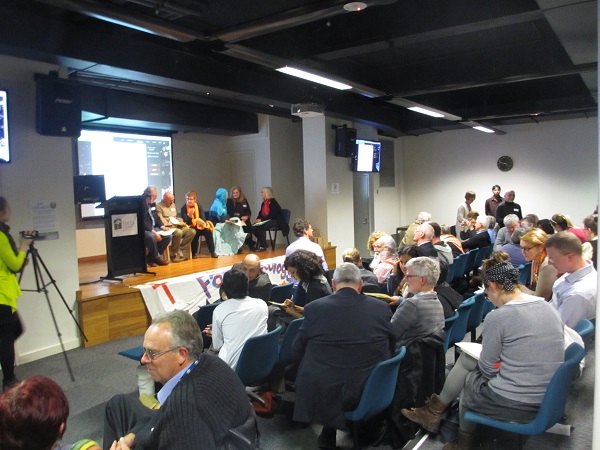 On 23 July 2015, FEN held a multifaith forum in Sydney on the topic of endless growth on a finite planet. The title of event was Healthy Earth, Endless Growth - are they compatible?

After a keynote speech by scientist and author Dr. Haydn Washington on the topic of the growth economy, five respondents from different faith traditions commented from their own faith perspectives.

A statement on the growth economy was then distributed to all participants. The statement was produced by FEN members from diverse religious and cultural backgrounds.

The circulation of this statement was followed by a group discussion session, during which audience members shared their opinions and feelings regarding the topic. Here are some of the insights shared. 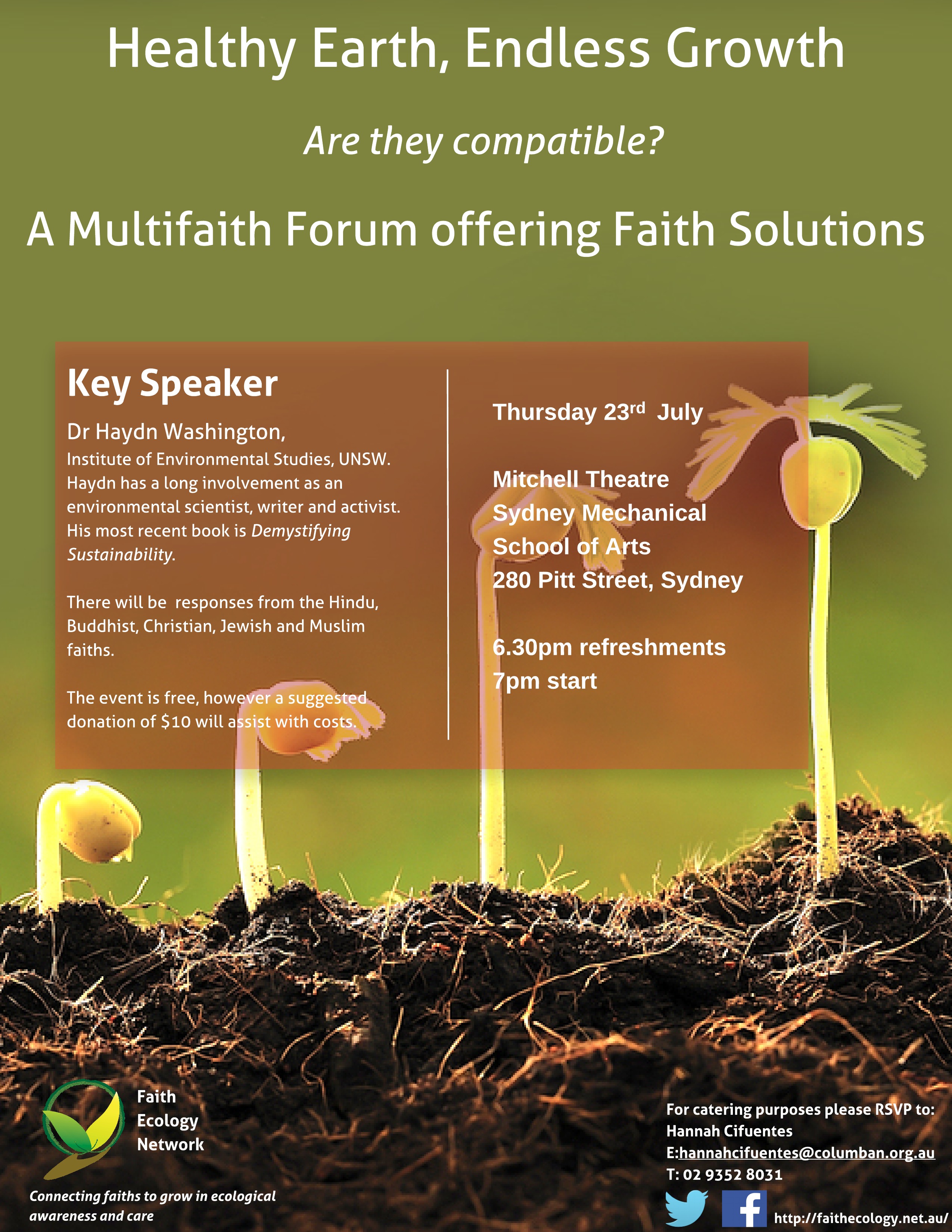 On 18 June 2015, Pope Francis released the first ever environmental encyclical. FEN members from several different faith traditions responded to how they think the encyclical might help mobilise their own faith communities.