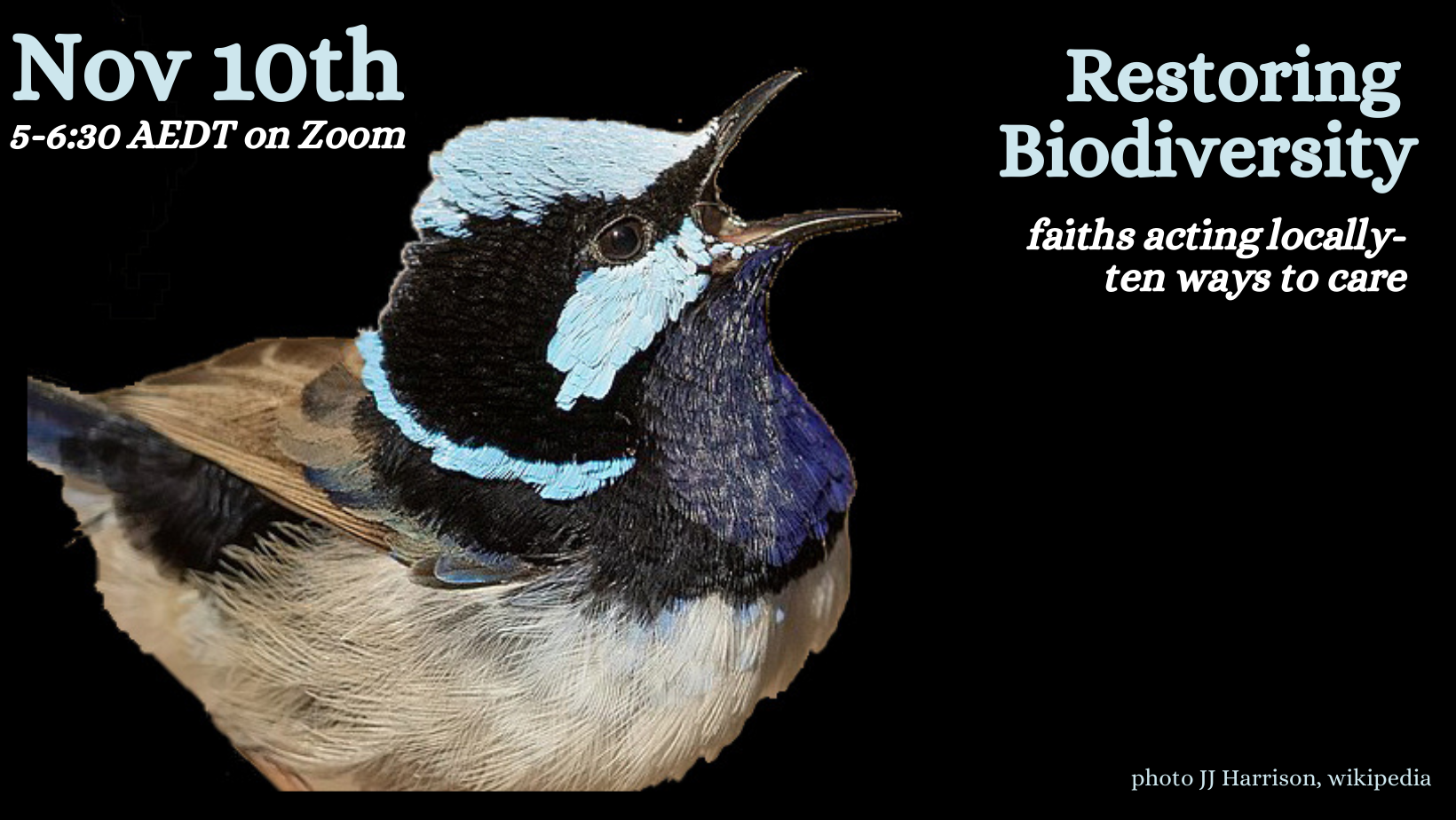 FEN's final event for the year is over, but you can watch the main addresses below:

Our event was opened by the President of the United Nations Association of Australia NSW Division, Patricia Jenkings.

Marita Macrae has been active in professional and volunteer bush regeneration mostly in the Pittwater area. She was a co-founder of Pittwater Natural Heritage Association in 1994 and is currently vice-president of the Avalon Preservation Trust. Other environmental memberships include the Australian Conservation Foundation, National Parks Association, Birds Australia and Australian Bush Heritage Fund. Her many Awards for bush regeneration include an OAM in 2004. Marita has been a Pitwater Environmental Foundation director since inception and is the current Chair.

Jayden Walsh is a self-taught naturalist who developed a passion for wildlife watching in 2013. His knowledge about birds in the Sydney basin is particularly strong and he has run wildlife tours and lectures for around 4 years. His days are spent studying a Bachelor of Biodiversity and Conservation and he spends his nights looking for rare and threatened species in his local area. Recently during his gap year Jayden ran as a candidate for the Northern Beaches Council election and traveled to Cape York with a group of birdwatchers.

The Brahma Kumaris shared their twenty years of Landcare work on their property adjoining the Blue Mountains National Park, and their meditative gardening retreats.

Participants then broke into 9 workshops to explore the following practical ways of restoring and protecting biodiversity.